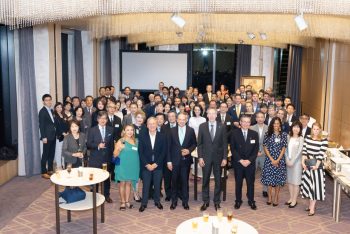 When two managers from the Van Gogh Museum visited the Association the day prior (the 8th), they extended us an invitation to the Global Circle. 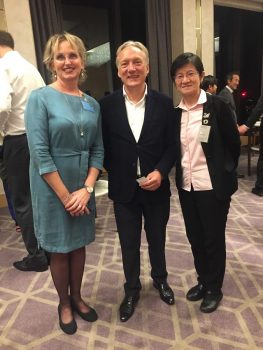 A commemorative photo was taken with the visitors to our Association: Marijke Naber (left), and Willem van Gogh (center), the great-grandson of Theo, Vincent van Gogh’s younger brother who had continued to support him in his creative activities. 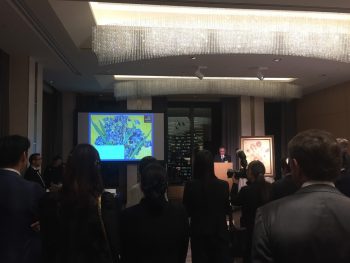 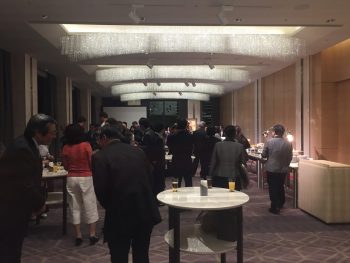 The Van Gogh Museum was highly rated in 2017’s art museum rankings (1st in The Best Reputation in Europe, 2nd in The Best in the World after the Louvre in France), and its partners and sponsorships are spread throughout the world. The Van Gogh Museum will celebrate its 50th anniversary in 2023. A 50th anniversary event is also planned to take place in Japan, so be sure to keep an eye out for it. 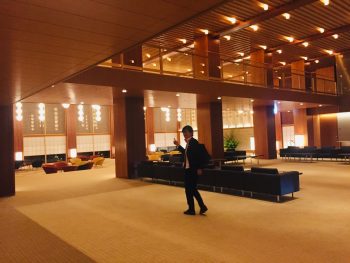 As President Naruse of the Okura Tokyo mentioned in his address, the former Japanese Pavilion was restored to the finest detail in the renewed Tower lobby, a wonderful space where traditional Japanese beauty has been magnificently expressed.